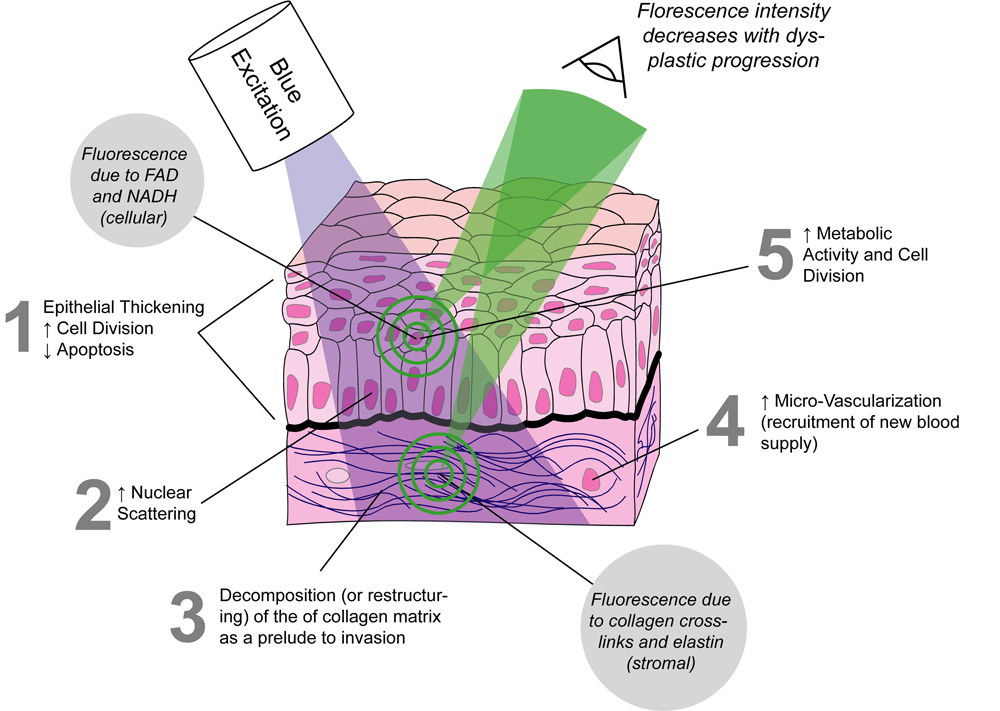 Normal epithelial tissue emits green autofluorescence when excited with blue light due to elastin and collagen content in the submucosa; however, abnormal tissue emits markedly dimmer autofluorescence with a red-shifted spectrum. Thus changes in the intensity of tissue autofluorescence can be used to follow pathological processes such as carcinogenesis.The figure below illustrates a lesion (▲) from a central airway in the lung imaged with standard white-light (WL) bronchoscopy and AFI. 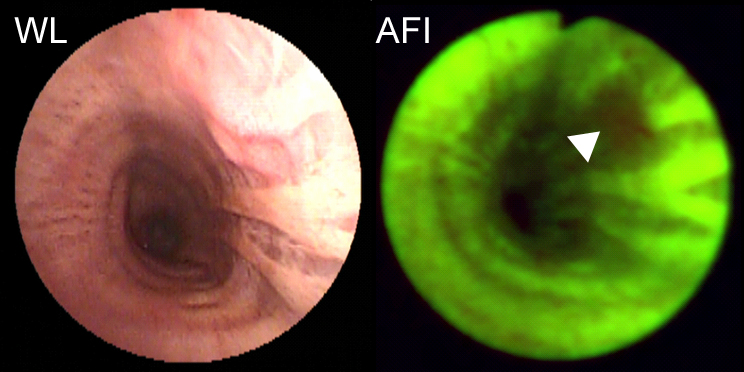 The combination of AFI and white-light bronchoscopy has significantly improved the detection of lesions in the central airways of the lung. Studies by our group and others have shown more than a two-fold improvement in detection of precancerous lesions compared to white-light bronchoscopy alone. Bronchoscopes with AFI capability are now sold by all of the major endoscope manufactures.

Instrumentation for AFI of skin and oral mucosa can be quite simple. However, very careful attention must be paid to minimize and manage the undesirable system-generated background fluorescence generated by the optical components in the excitation pathway. A basic system for the visualization of tissue autofluorescence requires a blue light source (MH), excitation filter (EX), and an emission filter (EM). Additional filtering and light conditioning is often employed to further increase the contrast between normal and abnormal tissue. 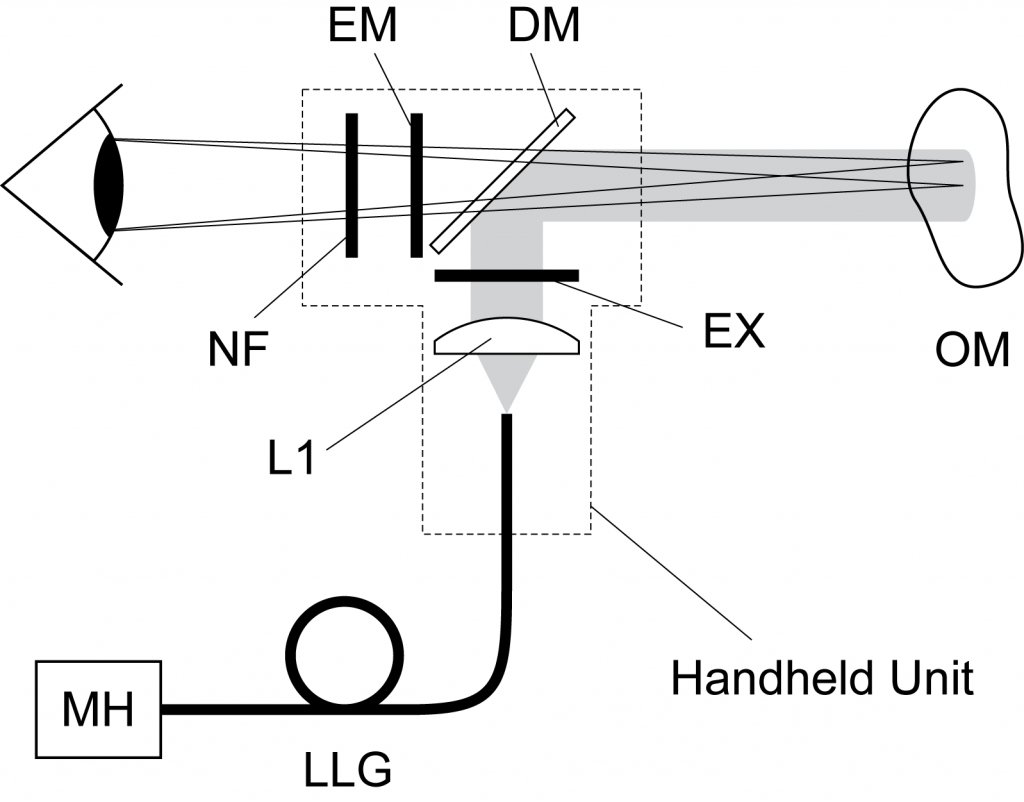 In the oral cavity, AFI enables the visualization of suspicious lesions that may progress to become cancer. These lesions are often invisible to trained clinicians – dental hygienists are usually the first line of defense –looking for suspicious lesions under white-light illumination. Devices for AFI in the oral cavity are now marketed by at least two companies. The technique has changed clinical practice for the surgical treatment of oral cancer and recent data shows it has reduced the recurrence rate of oral cancer in the province of BC.